A fictional football team to fill the pandemic void when there were no sports. 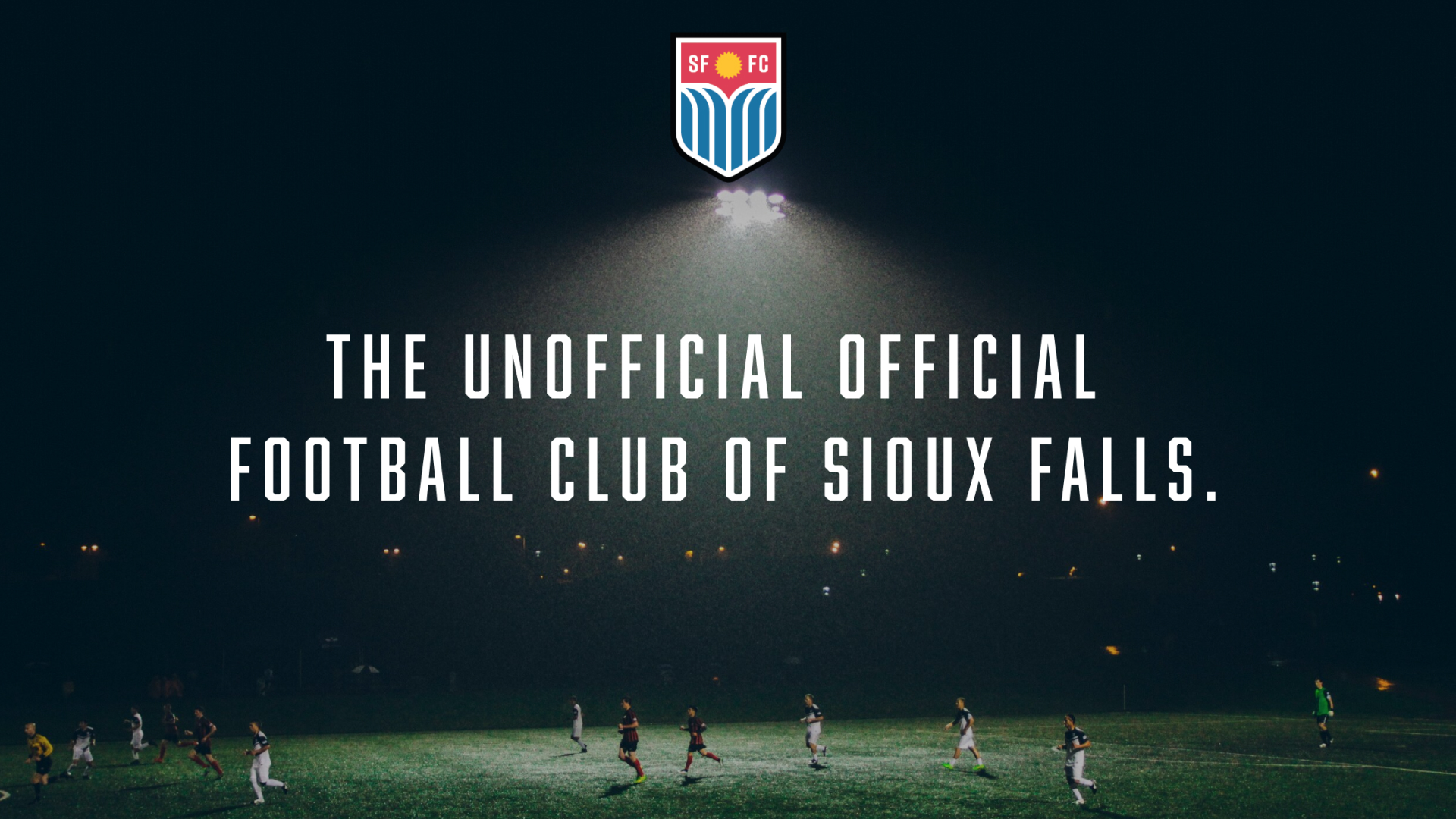 In the midst of a pandemic, when sports, sports coverage, and sports content had come to a halt, I thought it was the perfect time to create a fictional soccer team for people to follow. Not just a logo, the project included a roster of real people, kit designs available for purchase, shirt sponsors, a 20-team schedule, and weekly games that are played out on social media for all to see. All proceeds were donated to the One Sioux Falls Fund to help people pay rent during the pandemic.

Three projects informed the identity. First, a real local soccer team (Thunder) that folded. Second, a city rebrand, for which I submitted an RFP but was not selected. Third, the newly adopted Sioux Falls Flag. 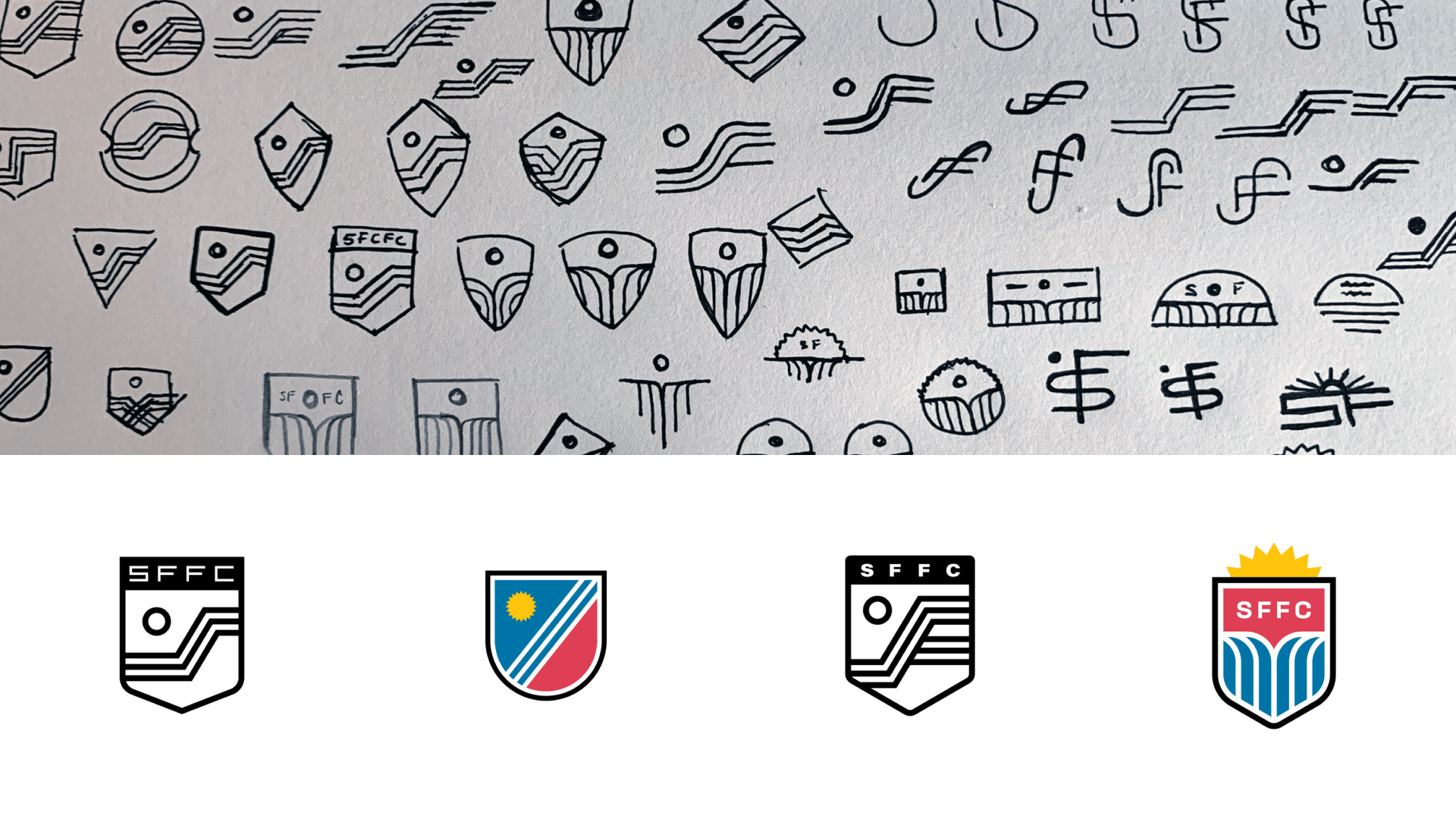 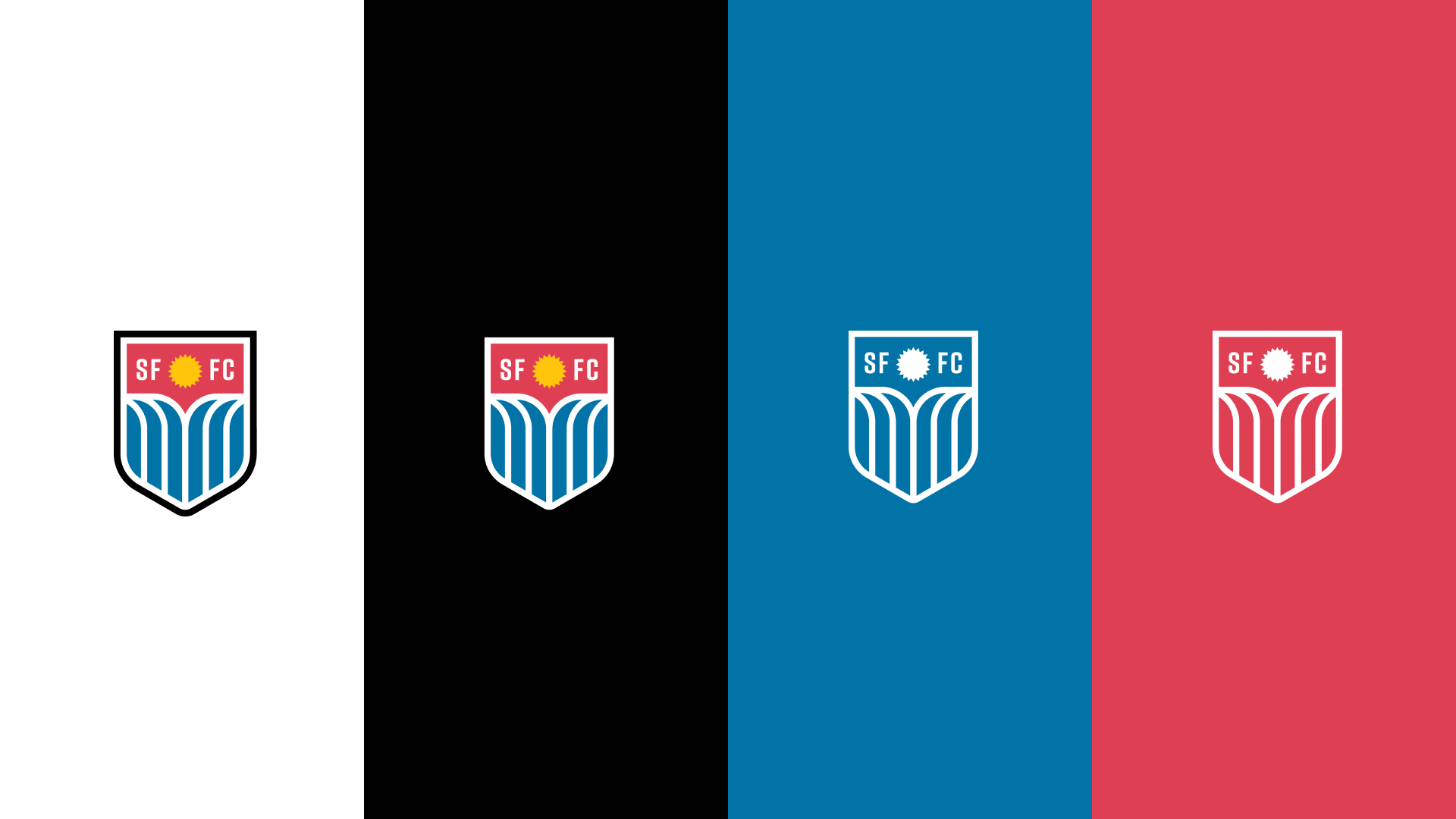 Many have designed speculative logos or jerseys for their favorite teams. But I wanted to take it further. I wanted everything to be real, except for the games. I invited people to add their name, number, and positions to the roster. I designed custom kits with actual shirt sponsors that could be purchased to raise money for charity. I even composited photos to create Sioux Falls' very own downtown stadium. 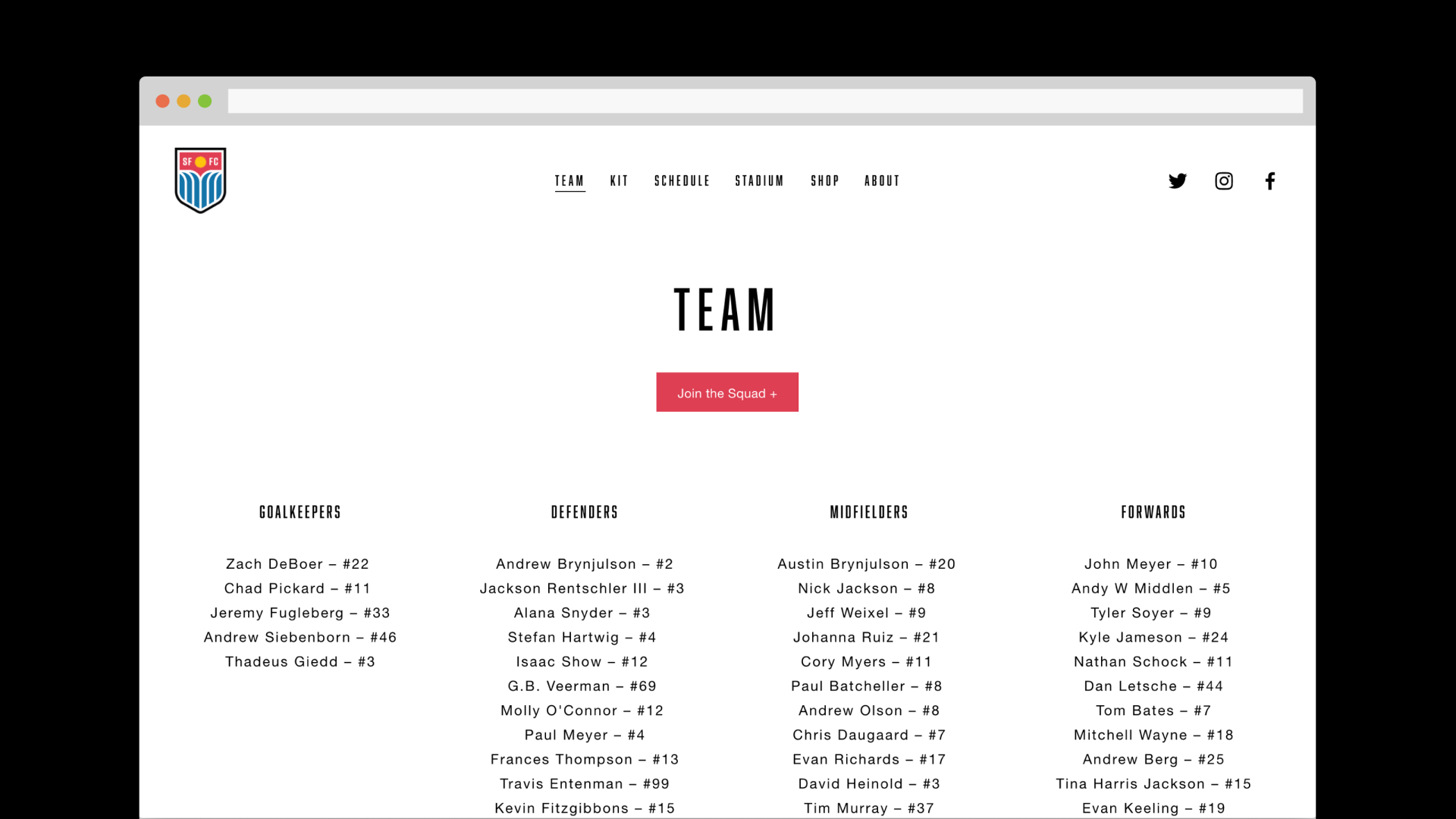 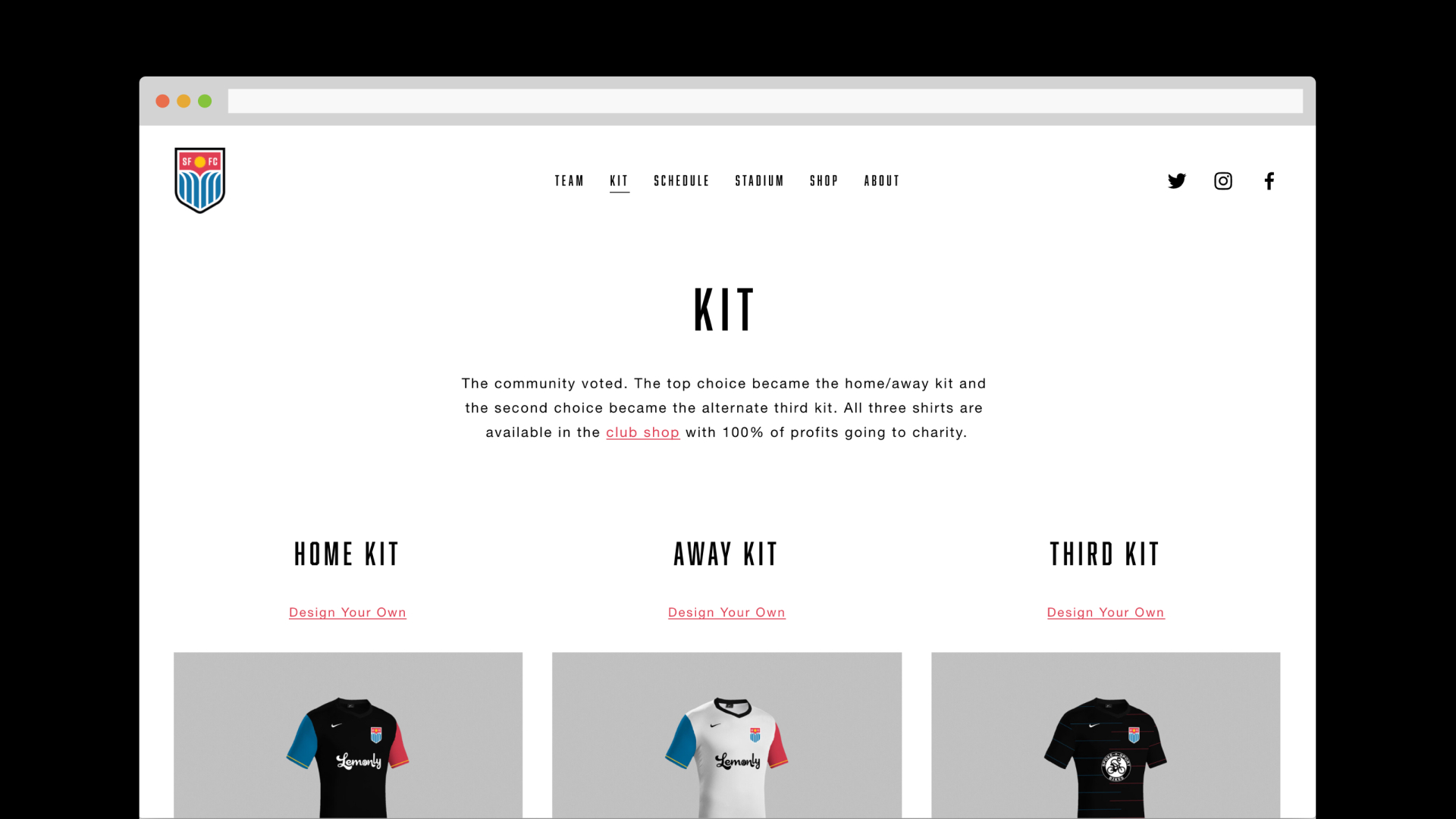 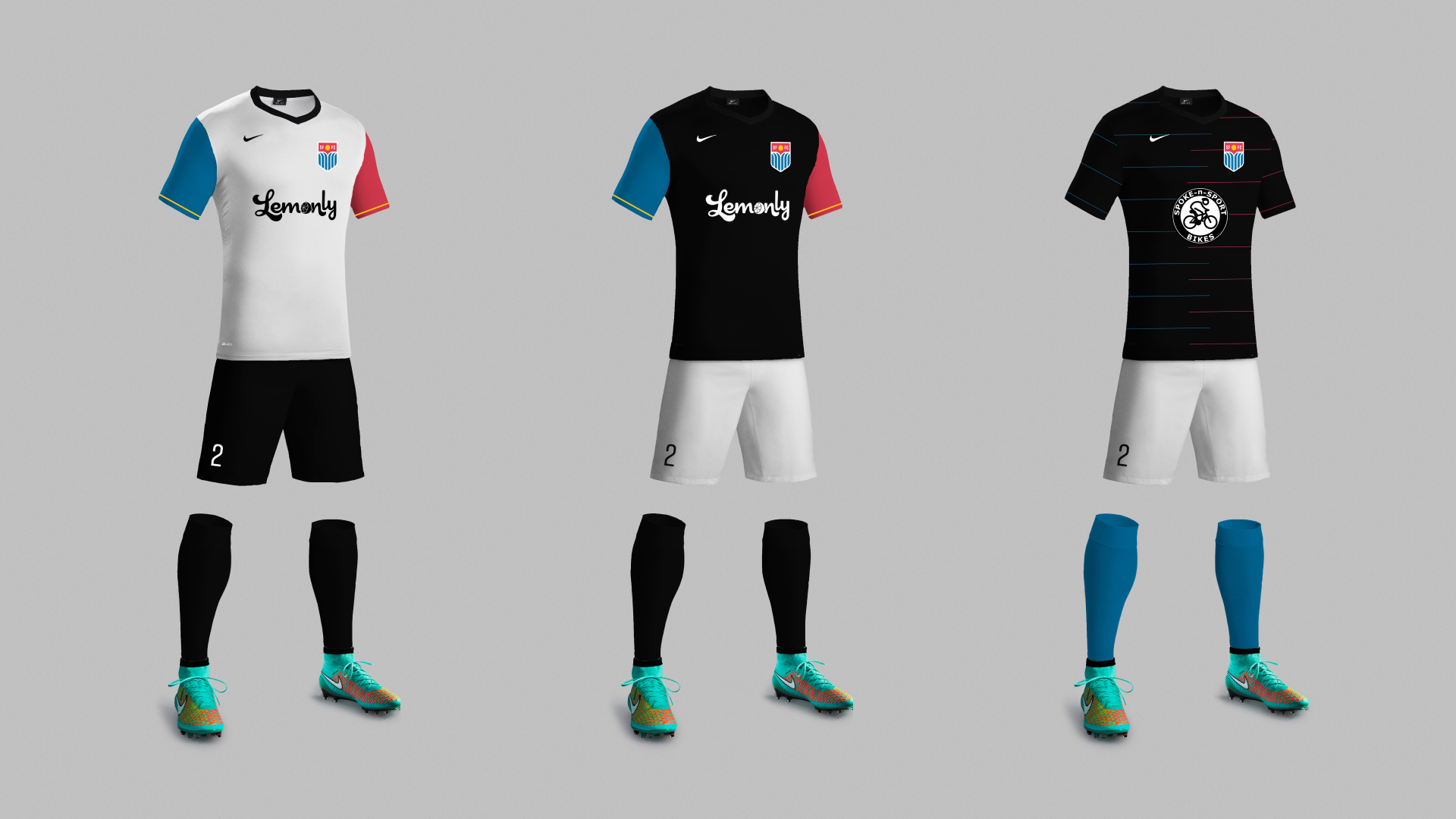 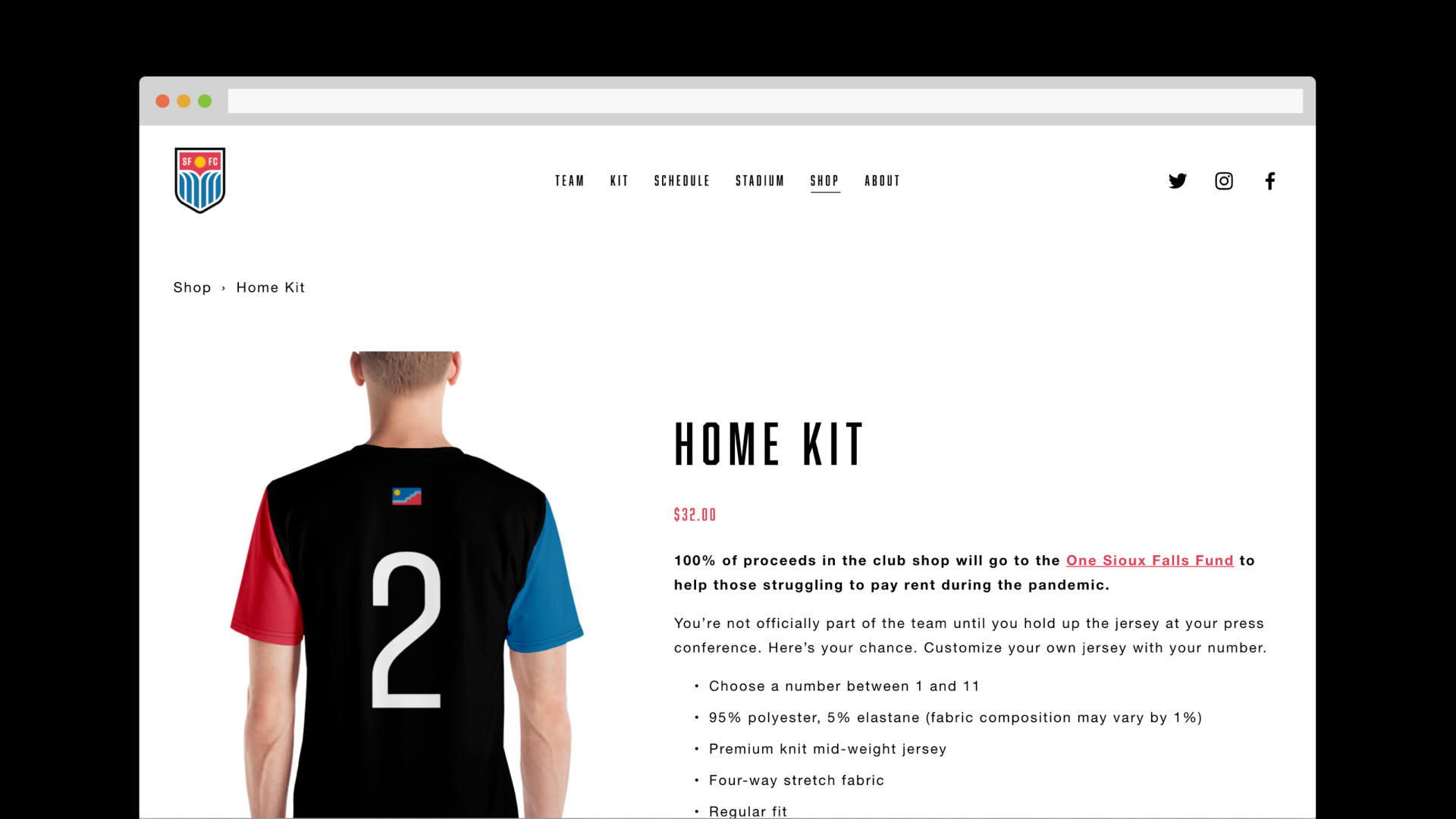 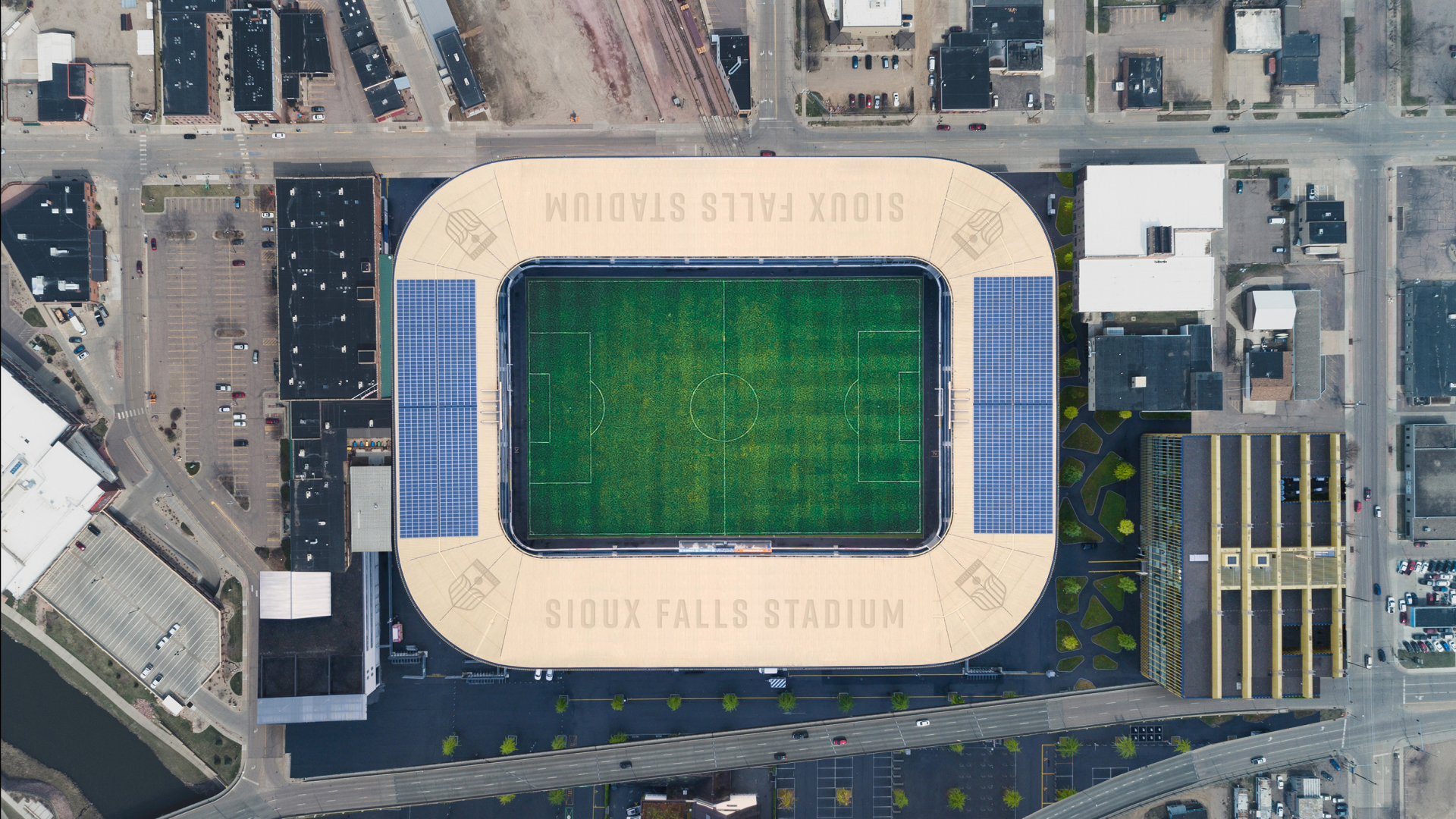 For 20 weeks, I recreated a game experience online. I chose 11 people from the roster for a match against one of the worlds best teams. Sioux Falls v Real Madrid. PSG. Liverpool. Then, I scripted the game and live-posted the action, complete with in-game updates, goal graphics, and banter between fans. 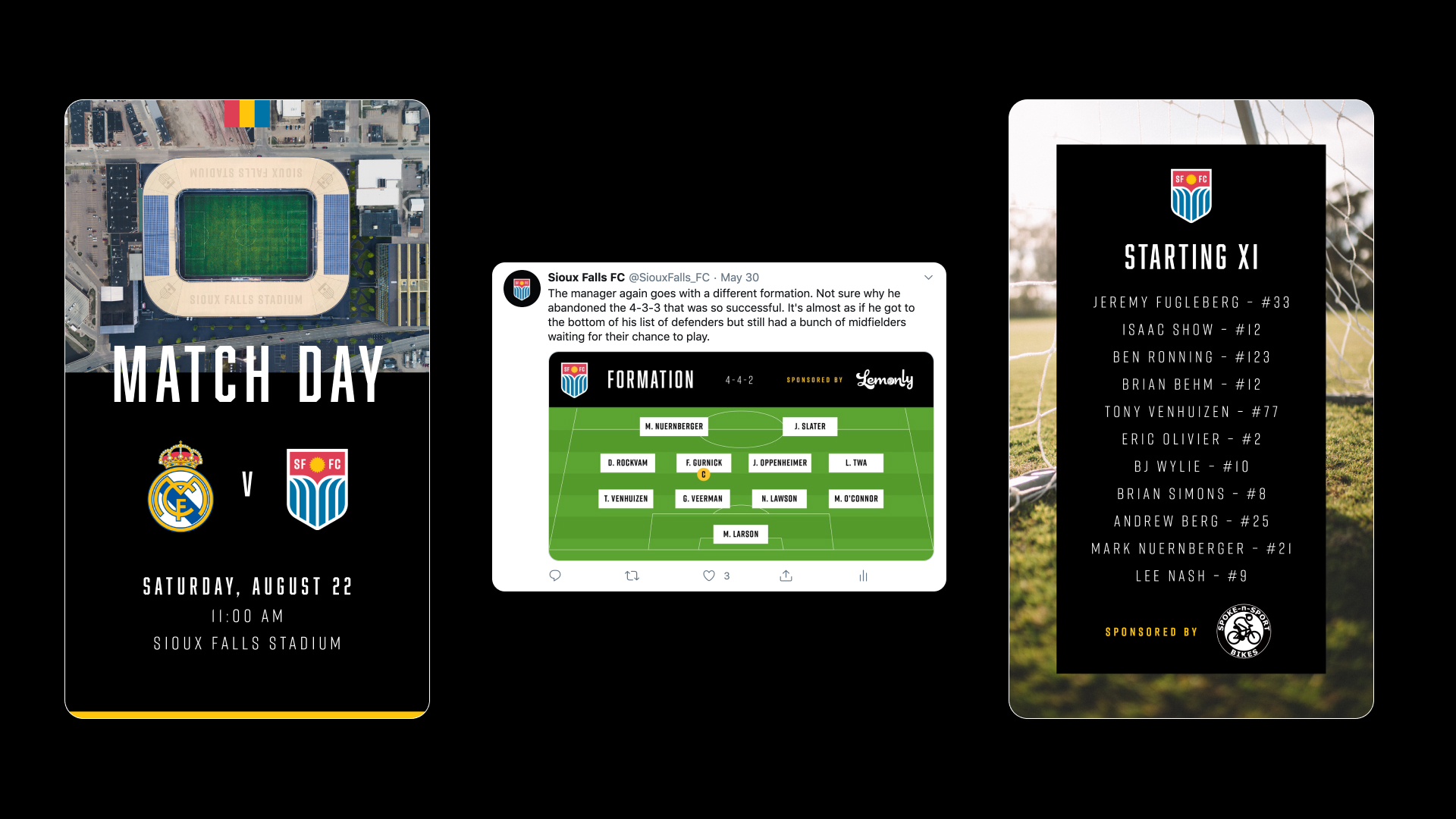 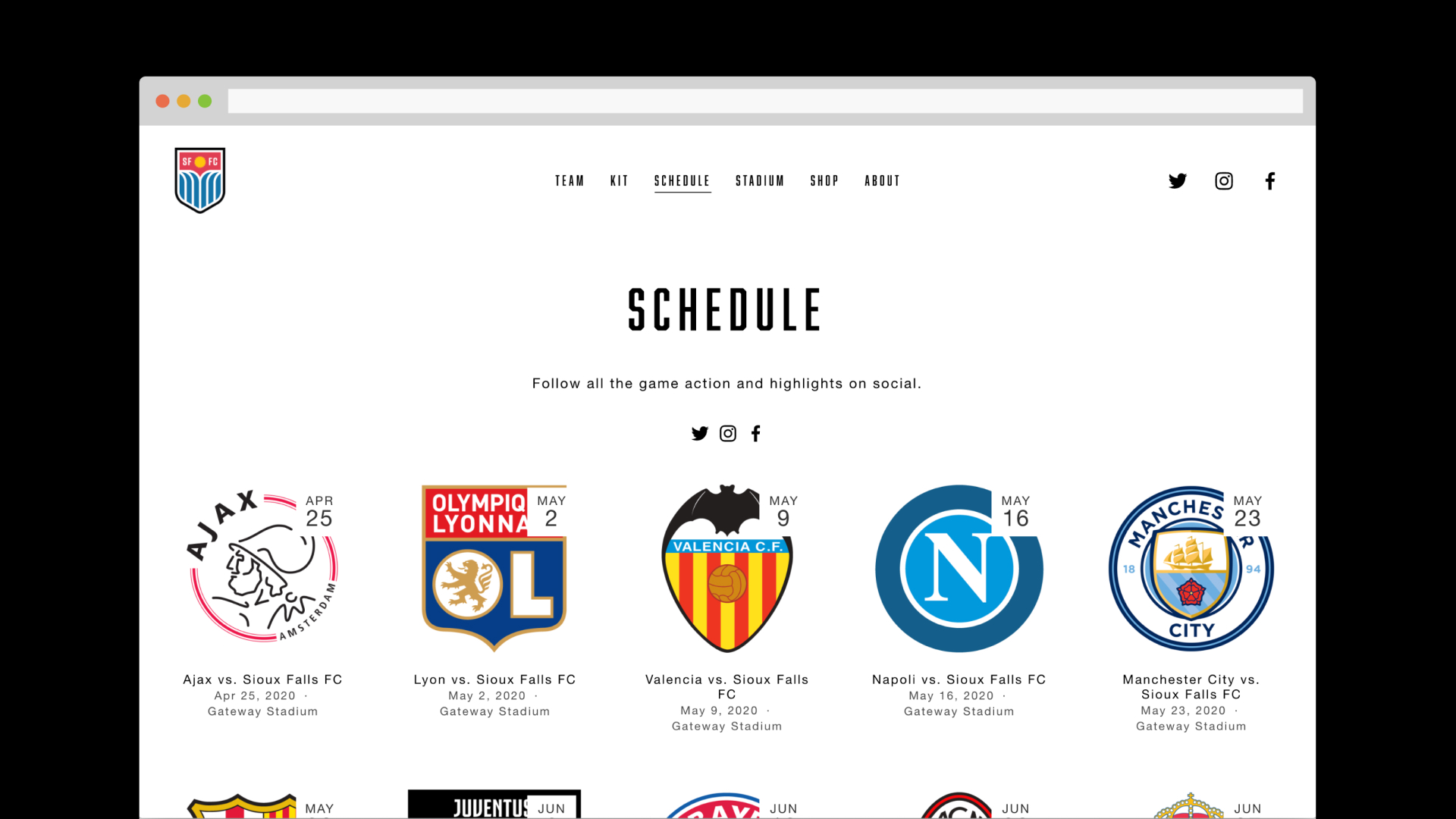 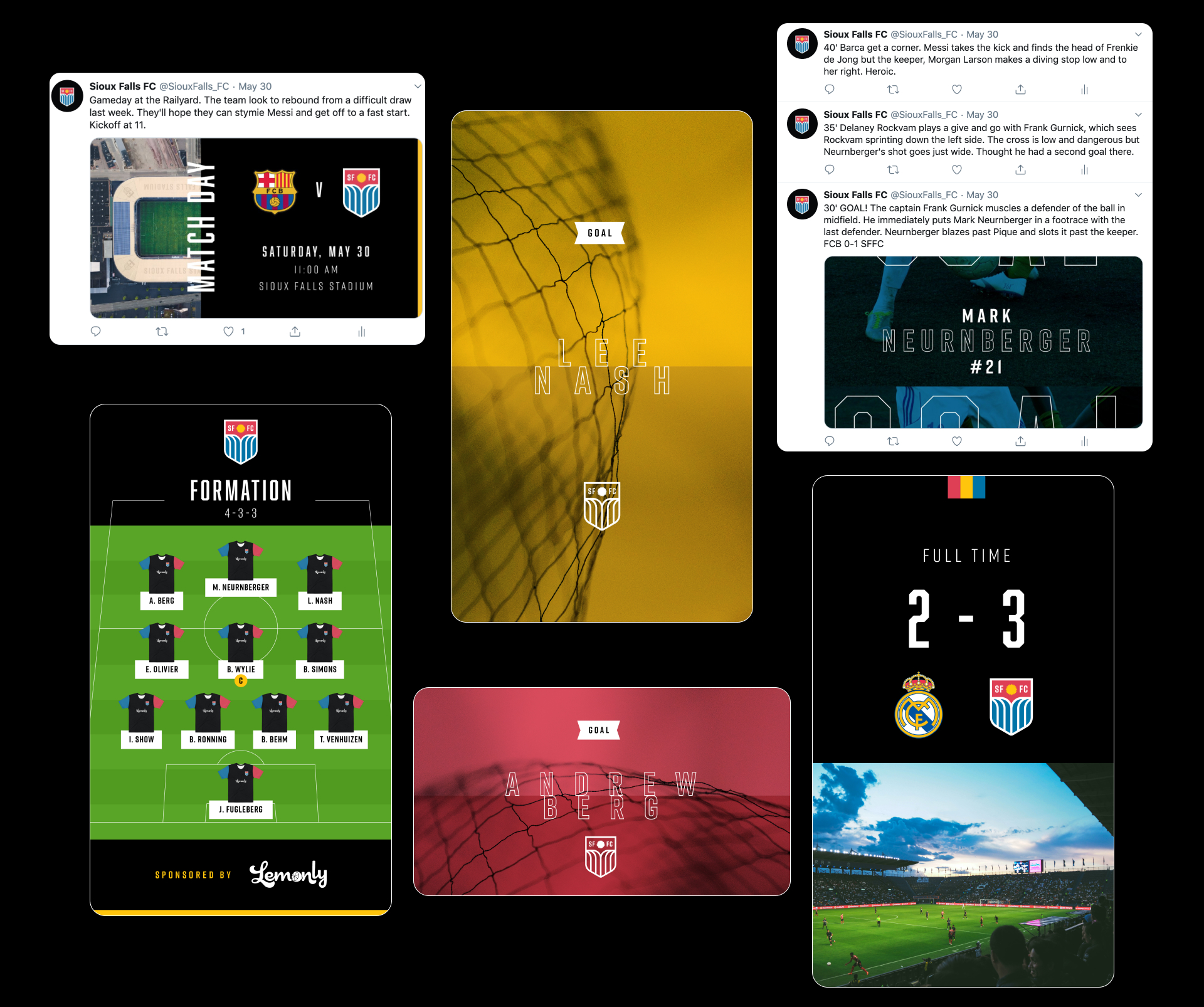 For fans of the team, it recreated fan experience at a time when there were no sports.

Let's do the same for you.